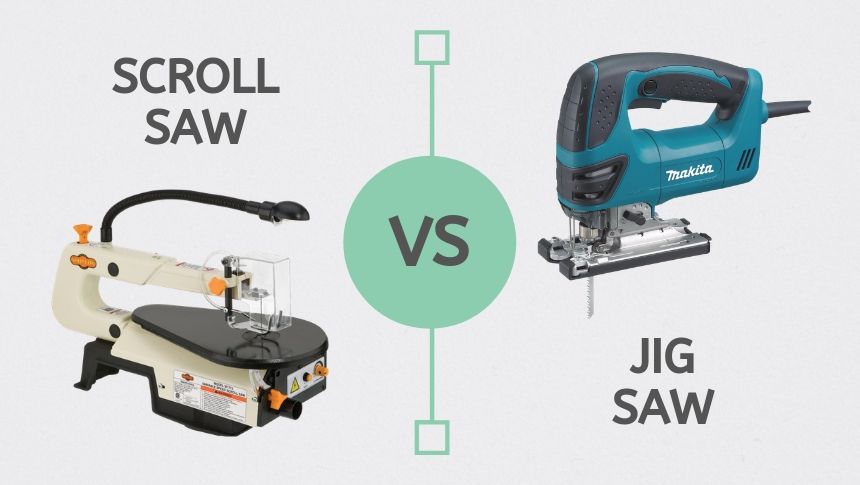 Scroll Saw and Jigsaw both are essential power tools used for woodwork or DIY stuff. Despite both being power tools and great for curved lines and plunge cuts, there are some differences between them.

Commonly Scroll Saw and Jigsaw are interchangeably used which is incorrect as both serve different purposes. Although their usage sometimes can overlap, these are not the same power tool.

While shopping for a power saw one would likely have to choose between a Scroll Saw and a Jigsaw, which can be easy for someone who has previous experiences with both.

But for a beginner, it can be very confusing which one to choose for the kind of work he/she wants to do. So knowing the applications, usage, pros, and cons of both of the tools can make it easy for a beginner to choose the right tool.

Scroll Saw is a small table saw electrically or pedal operated, which has a small thin blade (about 1/8 inch or less), and is designed to make detailed, intricate cuts into tiny pieces of materials.

The best feature of Scroll Saw is the fineness of its blade which makes it specialized in cutting elements that are about 2 inches thick or less. This Saw is also capable of cutting 3D fractals, pierce cuts and plunge cuts.

So, the primary difference from a power jigsaw is that its blade allows it to cut more delicately, provides a smooth finish line and keeps no uneven edges.

These saws are categorized into two types, according to the size difference of the throat, which is the measurement of the space between the blade and the back column of the saw.

It determines the size of the piece of wood that can be cut. The throat size of smaller saws is about 12 inches, and commercial saws are of 30 inches. This is important while buying a Scroll Saw as it limits the size of material it can cut.

Therefore, the thickness of the material should be kept in mind. There are different types of blades available for Scroll Saws, which are usually more effective on materials under the thickness of 1 inch, especially for a very intricate and detailed design.

Also, the market price of Scroll Saw can vary from below $100 to nearly up to $2000. Now having the basic knowledge about what a Scroll Saw is, reviewing its pros and cons can finally help the buyer to make up their mind.

One thing Scroll Saw makes sure is the super delicate, detailed and intricate cutting of material. It makes some smooth cuts, 90-degree cuts, sharp angle, and even waves are easy to produce with this saw, which makes it the best option for cutting that requires finesse.

One of the primary applications of the scroll saw is curved cuts, and it can make some very accurate curves as it is easy to manipulate the workpiece around the thin blade.

Scroll Saw is a silent worker than any power saw. The up and down movement of a scroll saw is as quiet as it gets.

The ability to make super-fine cuts makes it a perfect tool for crafts. And as the workpiece can be moved, it is easier to give it shape, and that’s why designing a jigsaw puzzle piece or any other complex craft project, this saw is the best option.

Scroll saw is not a regular woodworking tool. Instead, it’s useful for crafting and delicate or detailed designing. Its thin blade and throat size makes it unsuitable for thick and hard materials.

Since scroll saws have their table and cannot be carried by hand, they need quite a big amount of space on the work table or a stand.

As its specialty lies in crafting; it limits its other applications for a woodworker or even a DIYer.

While Scroll Saw has some particularly impressive applications, Jigsaw provides a diverse range of features. It is one of the basic and main power tools for woodworkers.

Jigsaw, also known as a saber saw among the woodworker, is a handheld tool. It has a narrow and straight blade that is of 3/8 inch, and the blade is held by the tool on one end, and the motor moves it in an up and down motion.

These saws are capable of doing round and detailed cuts, and as they are handheld and cordless, these are the saws to use for freehand cuts, curved shapes or even cut pieces in some very small spaces.

Also with the right blade, it can be used to cut ceramic tiles into various shapes. Unlike Scroll saw, the Jigsaw can cut thick and heavy materials, but it is not suitable for crafting and designing as the Scroll saw.

Jigsaw is one of the most used and handy tools. Most things are likely to cut with a Jigsaw and can be cut in a variety of shapes. Another thing that proves its versatility is that it can cut everything from metal and wood to PVC, foam, and plastics.

Another feature that Jigsaw provides is, it’s highly portable which is not present in the Scroll saw. As it is handheld and a light weighted tool, it can be carried anywhere, and it does not require a significant amount of space in the workshop.

As Jigsaw provides the versatility of work, it can be used on a more regular basis than a scroll saw. It can be used as a perfect tool both for home improvement to the workshop as it can cut almost anything from wood to metal and even carpets.

Since Jigsaws are handheld saws, and their blades are not as thin as Scroll saws, their cut will not be as precise and accurate, and also won’t provide very smooth and fine edges.

Final Thoughts – Which One to Choose?

Before adding them up in the tool collection, one needs to consider the type of work he requires the device for, and the usefulness of the tool before making the final decision.

Jigsaw is a more practical and versatile tool and thus has more use regularly. But if one is looking for crafty work and designing on wood, a scroll saw is the best choice.

So determining the need and type of work should be the main thing to consider before deciding on one. It clearly needs no mention that having them both in the tool collection will make the best combination. 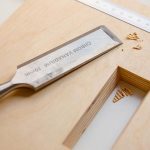 How to Cut a Square Hole in Wood 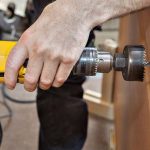 How to Use a Hole Saw 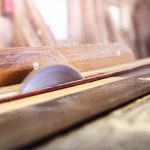 What Can You Do with A Table Saw 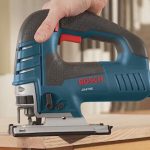 What is PVA Glue – Everything You Need to Know